The Conference Global Meet on Metamaterials and Nanophotonics (GMMETA2022) has been postponed to next year.

Thank you all for your understanding.

Global Meet on Metamaterials and Nanophotonics

Dear Colleagues,
The Prime Meetings takes the pleasure to invite you to the Global Meet on Metamaterials and Nanophotonics (GMMETA2022) will be held in Amsterdam, Netherlands during September 08- 10, 2022.
GMMETA2022, is an annual meeting organized with the intend of being a platform for researchers, engineers, academicians as well as industrial experts from all over the world to present their research results and development activities in Metamaterials and Nanophotonics.
The meeting brings together World Class participants and young researchers looking for opportunities for exchanges that cross the traditional discipline boundaries and allows them to resolve multidisciplinary challenging problems that only a venue of this nature can offer. Through this event you will be able to share the state-of-the-art developments and cutting-edge technologies in the broad areas of Metamaterials and Nanophotonics.
We would like to strongly encourage you to submit your abstracts and register to attend in order to share your achievements in the fields of Metamaterials and Nanophotonics.
We cordially invite the scientific community to participate in what promises to be a memorable meeting in September 2022 at Amsterdam.
Yours Sincerely,
Praveen Mukkala
GMMETA2022
Prime Meetings

Tie Jun Cui received the B.Sc., M.Sc., and Ph.D. degrees in electrical engineering from Xidian University, Xi’an, China, in 1987, 1990, and 1993, respectively. In March 1993, he joined the Department of Electromagnetic Engineering, Xidian University, and was promoted to an Associate Professor in November1993. From 1995 to 1997 he was a Research Fellow with the Institute for Hochstfrequenztechnik and Elektronik (IHE) at University of Karlsruhe, Germany. In July1997, he joined the Center for Computational Electromagnetics, Department of Electrical and Computer Engineering, University of Illinois at Urbana-Champaign, first as a Postdoctoral Research Associate and then a Research Scientist. In September 2001, he was a Cheung-Kong Professor with the Department of Radio Engineering, Southeast University, Nanjing, China. Currently he is the Chief Professor of Southeast University. He is also Founding Director of the Institute of Electromagnetic Space, Southeast University. Dr. Cui’s research interests include metamaterials and computational electromagnetics. He proposed the concepts of digital coding and programmable metamaterials, and realized their first prototypes, based on which he founded the new direction of information metamaterials, bridging the physical world and digital world. Dr. Cui is the first author of books Metamaterials: Theory, Design, and Applications(Springer, Nov. 2009); Metamaterials: Beyond Crystals, Noncrystals, and Quasicrystals (CRC Press, Mar. 2016); and Information Metamaterials (Cambridge University Press, 2021). He has published over 500 peer-review journal papers, which have been cited by more than 37000 times (H-Factor 95; Google Scholar), and licensed over 90 patents. Dr. Cui was awarded a Research Fellowship from the Alexandervon Humboldt Foundation, Bonn, Germany, in 1995, received a Young Scientist Award from the International Union of Radio Science in 1999, was awarded a Cheung Kong Professor by the Ministry of Education, China, in 2001, and received the National Science Foundation of China for Distinguished Young Scholars in 2002. Dr. Cui received the Natural Science Award (first class) from the Ministry of Education, China, in 2011, and the National Natural Science Awards of China (second class, twice), in 2014 and 2018, respectively. His researches have been selected as one of the most exciting peer-reviewed optics research “Optics in 2016” by Optics and Photonics News Magazine, 10 Breakthroughs of China Science in 2010, and many Research Highlights in a series of journals. His work has been widely reported by Nature News, MIT Technology Review, Scientific American, Discover, New Scientists, etc. Dr. Cui is the Academician of Chinese Academy of Science, and IEEE Fellow. He served as Associate Editor of IEEE Transactions on Geoscience and Remote Sensing, and Guest Editors of Science China - Information Sciences, Science Bulletin, IEEE JETCAS, and Research. Currently he is the Chief Editor of Metamaterial Short Books in Cambridge University Press, the Associate Editor of Research, and the Editorial Board Members of National Science Review, eLight, PhotoniX, Advanced Optical Materials, Small Structure, and Advanced Photonics Research. He presented more than 60 Keynote and Plenary Talks in Academic Conferences, Symposiums, or Workshops. In 2019 and 2020, he was ranked in the top 1% for the highly cited papers in the field of Physics by Clarivate Web of Science (Highly Cited Researcher). 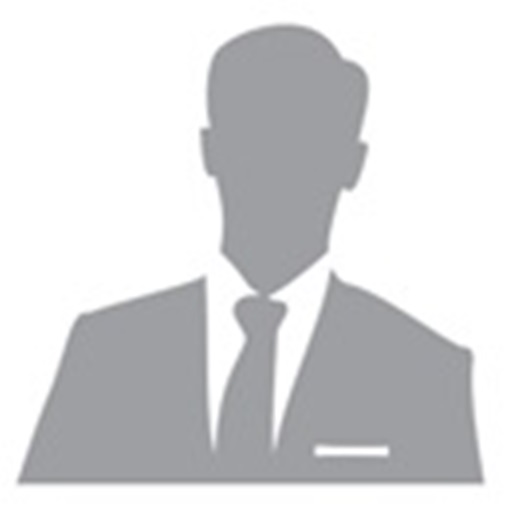 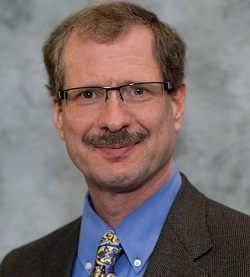 Douglas H. Werner received the B.S., M.S., and Ph.D. degrees in electrical engineering and the M.A. degree in mathematics from the Pennsylvania State University (Penn State), University Park, in 1983, 1985, 1989, and 1986, respectively. He holds the John L. and Genevieve H. McCainChair Professorship in the Pennsylvania State University Department of Electrical Engineering. He is the director of the Computational Electromagnetics and Antennas Research Lab (CEARL: http://cearl.ee.psu.edu/) as well as a faculty member of the Materials Research Institute (MRI: https://www.mri.psu.edu/) at Penn State. Prof. Werner was presented with the 1993 Applied Computational Electromagnetics Society (ACES) Best Paper Award and was also the recipient of a 1993 International Union of Radio Science (URSI) Young Scientist Award. In 1994, Prof. Werner received the Pennsylvania State University Applied Research Laboratory Outstanding Publication Award. He was a co-author (with one of his graduate students) of a paper published in the IEEE Transactions on Antennas and Propagation which received the 2006 R. W. P. King Award. He received the inaugural IEEE Antennas and Propagation Society Edward E. Altshuler Prize Paper Award and the Harold A. Wheeler Applications Prize Paper Awardin 2011 and 2014 respectively. In 2018, he received the DoD Ordnance Technology Consortium (DOTC) Outstanding Technical Achievement Award. He also received the 2015 ACES Technical Achievement Award,the 2019 ACES Computational Electromagnetics Award, and the IEEE Antennas and Propagation Society 2019 Chen-To Tai Distinguished Educator Award. He was the recipient of a College of Engineering PSES Outstanding Research Award and Outstanding Teaching Award in March 2000 and March 2002, respectively. He was also presented with an IEEE Central Pennsylvania Section Millennium Medal. In March 2009, he received the PSES Premier Research Award. He is a Fellow of the IEEE, the IET, the OSA, the ACES, and the PIERS Electromagnetics Academy. He is also a Senior Member of the National Academy of Inventors (NAI), SPIE, and URSI. Prof. Werner is a former Associate Editor of Radio Science, a former Editor of the IEEE Antennas and Propagation Magazine, a formerEditorial Board Member of Scientific Reports(a Nature subjournal),an Editorial Board Member for EPJ Applied Metamaterials, Editor for the IEEE Press Series on Electromagnetic Wave Theory & Applications, a member of URSI Commissions B and G, Eta Kappa Nu, Tau Beta Pi and Sigma Xi. He holds 20 patents, has published over 900 technical papers and proceedings articles, and is the author of 6 books and 35 book chapters (with one book and several additional chapters currently in preparation). His research interests include computational electromagnetics (MoM, FEM, FEBI, FDTD, DGTD, CBFM, RCWA, GO, GTD/UTD, etc.),antenna theory and design, phased arrays (including ultra-wideband arrays), high power microwave devices, wireless and personal communication systems (including on-body networks), wearable and e-textile antennas, RFID tag antennas, conformal antennas, reconfigurable antennas, frequency selective surfaces, electromagnetic wave interactions with complex media, metamaterials, electromagnetic bandgap materials, zero and negative index materials, transformation optics, nanoscale electromagnetics (including nanoantennas), fractal and knot electrodynamics, and nature-inspired optimization techniques (genetic algorithms, clonal selection algorithms, particle swarm, wind driven optimization, and various other evolutionary programming schemes).


Amsterdam is the Netherlands’ capital, known for its artistic heritage, elaborate canal system and narrow houses with gabled facades, legacies of the city’s 17th-century Golden Age. Amsterdam is a top tourist destination for its historical attractions, for its collections of great art, and for the distinctive colour and flavour of its old sections, which have been so well preserved. From Amsterdam canals to world-famous Amsterdam museums and historical Amsterdam sights, it is one of the most romantic and beautiful cities in Europe. Canal cruises are a popular way to see the city from the perspective of its canals. The city’s Amsterdam Pride also attracts thousands of visitors every year and in nowadays extensively recognized for its "tolerant character".

Let's enjoy the unique culture of Amsterdam and join with us in 2022.